1) I have worked in solving the problem of un-named parent :

For example, if I open calc and select any cell you will find a field in the upper tab that has the name of the cell for example C10. If I tried to type another name in this I will get this log statement:

This means that the 'pos_window' edit UI object has a parent with no name. So how to solve it and how to generate a UI test Case that corresponds to this action as I know I should convert it to something like this:

This problem happens in many unexpected places and it makes the compiler stuck in running and not convert the logger to a UI test.

The easiest fix is to change the logger to recursively query the parent until you find an element with a name. Usually, that should work. IF you reach the top level and still have no parent, for the time being, we can assume that we can just use the top-level UI element.

So try to find a solution that has a way to say that it is the current top-level parent. That does not mean the main window as there are quite a few dialogs that are not in the main window hierarchy. So I assume that only the parent can be a dialog so I modify the dsl_logger with these modifications:


Then I test the new approach with many cases and it works efficiently the only problem if we have a dialog that has no name.

all this work can found here in this commit:
https://gerrit.libreoffice.org/#/c/77231/


2) Raal start to test the new logger with many test cases to be able to merge into the master in the future.

Next week:
It will be the last week in the program so I will try to make good documentation for the project to be able to extend in the future and to describe all the used technologies in the project.

Popular posts from this blog 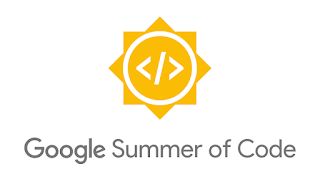 Overview The idea of this GSoC project was to implement new Domain-Specific language for LibreOffice to be used in UI testing by logging the user interactions with LO applications then generate the python code needed for the python UI framework which asaswill make testing easier. Also, the project aims to improve the logger that logs all the user interaction to be logged in the new DSL syntax to be more readable. Then we can use this replaying all the user interactions as a UI test.
Achievements Grammar of new DSL done forstarter_commandsuno_commandsdialog_commands General_commandsGrammar that are general for all application.
UI_Object_commands This support:ButtonUIObject EditUIObject CheckBoxUIObjectRadioButtonUIObject ListBoxUIObject  ComboBoxUIObject SpinUIObject TabControlUIObject Special_commandsThis is for the logging of different applications actions:
Writer
TypeSelectGOTO pageCalc
Type Select cell or rangelaunch AutoFill ImpressTypeMath
element selector Type Rewrite all the logging…
Read more

3) Also, I have been trying to find out how to add an unsupported element to the UI python framework to be able to use it in making UI test …
Read more